The Four-Way Test is a nonpartisan and nonsectarian ethical guide for Rotarians to use for their personal and professional relationships.

Of the things we think, say or do:

Our club upholds the Rotary International motto in various ways.

For our Friends:  Support to one another through the Family of Rotary and fellowship events that give us opportunity to make new friendships

For our World: Contributing to humanitarian projects in other countries by donations to the Rotary Foundation; supporting Rotary International's goal of eradicating polio (We're This Close) through our weekly Polio Plus raffle; raising money for water well and relief projects around the world through our annual World Community Service auction; support of our Tlaquepaque Twin Club in Mexico

Rotary Club of Springfield Southeast raised money to establish K-Park at Jordan Valley Park, an interactive sculpture park, as our Rotary International Centennial Project.  The park on the northwest corner of East Trafficway at Sherman Avenue was formally dedicated on May 21, 2005, with the Kinetic Man movable sculpture (seen in the photo at the left) as its first feature.   We continue to raise money to expand this "park within a park" to benefit the children of Springfield and surrounding areas.   K-Park now includes a climbing rock, a replica of the famous Springfield Wagon of the early 20th Century, and a picnic and activity area with tables covered by a colorful Rotary Blue and Yellow canopy.

Every spring, Southeast joins other area Rotary clubs and the Springfield Rotaract Club for a Basketball Tournament benefiting Special Olympics of Southwest Missouri.  Rotary teams compete for a  coveted traveling trophy.  More than $10,000 is raised each year through donations and sponsorships to help Special Olympics athletes travel to their tournaments around the state and nation.   The event runs for three evenings (Monday, Tuesday and Thursday) at Drury University's O'Reilly Family Event Center and the highlight is the exhibition game put on by some Special Olympics athletes on Thursday night.

This is why we have a Rotary Basketball Tournament 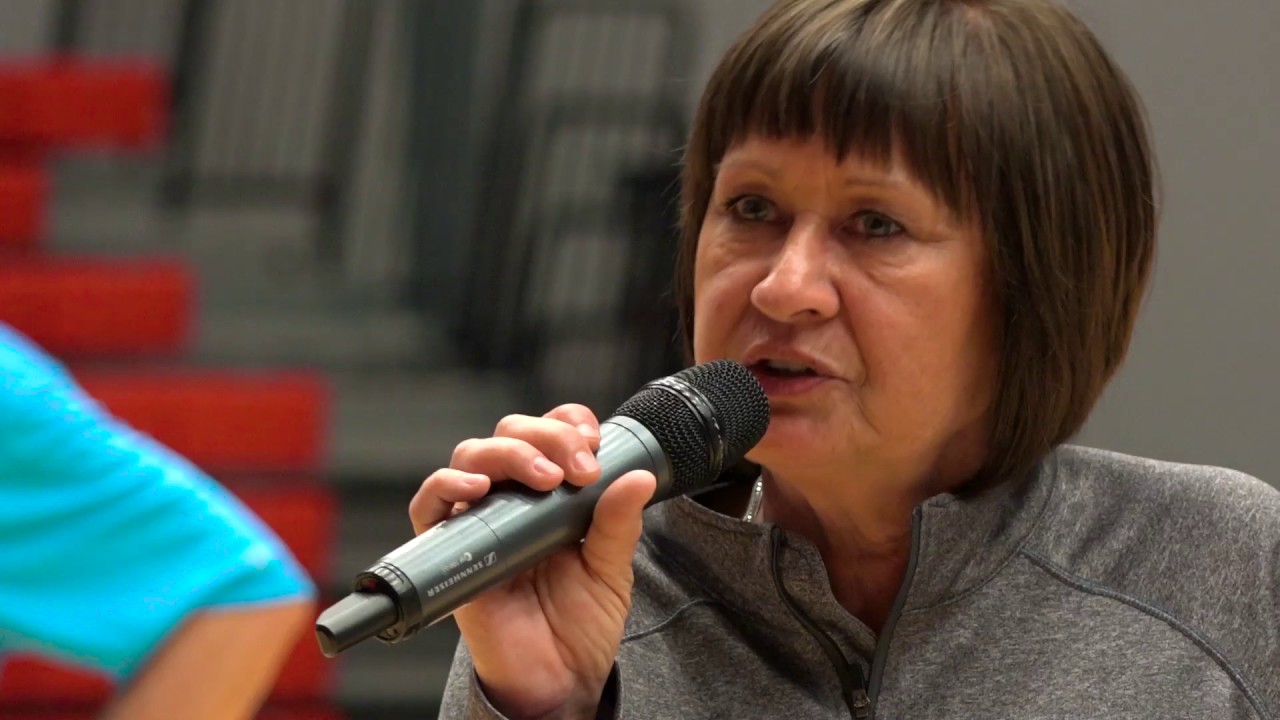 Basketball teams from Rotary clubs in Springfield and Ozark, and other towns at times, and the Rotaract Club of Springfield have been playing each other in an annual basketball tournament for 30 years. The tournaments raise money for Special Olympics basketball teams to travel to state and regional tournaments. This video shows Special Olympics team players showing their skills on the last night of the 2017 Rotary tournament at Drury University's O'Reilly Family Events Center.

Don’t Meth With Us (DMWU) is a project started by the Rotary Club of Springfield Southeast in 2010 that now receives support from other Rotary clubs, Glendale and Parkview high school Interact clubs, businesses, nonprofit groups and governmental organizations.  The program annually provides education about methamphetamine and other drugs to about 2,000 fifth-graders, 2,000 seventh-graders, and 2,000 tenth-graders in the Springfield School District, plus students in some private schools and Greenwood Laboratory School at Missouri State University in Springfield.

The objective is to educate students so they are not tempted to try meth and other drugs.  We do this through presentations  that last approximately 45 - 60 minutes and use skits, visuals and games to show the effects of illicit drug use.

DWMU now has an independent Board of Directors that plans and directs its operations.  In recent years, it's expanded the program to other school districts with the help of clubs in those areas, including  Branson, Hollister, Clinton and Salem.

Springfield, Missouri, U.S.A. and Tlaquepaque, Jalisco, Mexico have been Sister Cities since 2003.  At about that same time, Rotary International began encouraging clubs in different countries to join together to conduct service projects in recognition of the upcoming Rotary Centennial in 2005. So the search for a “Twin Club” became a priority of the Rotary Club of Springfield Southeast in the 2003 – 2004 Rotary year.

A natural place to begin this search was in Mexico because of the new Sister City connection between Springfield and Tlaquepaque. The first official contact was a letter of invitation from Southeast Rotary President Brad Bodenhausen to the leaders of Club Rotario Tlaquepaque El Refugio – one of two Rotary Clubs in Tlaquepaque at the time.

Regular exchanges would be important to build fellowship between club members and increase cultural understanding between the U.S. and Mexico; and service projects would focus on benefitting children in both countries.

Club Presidents Brad Bodenhausen and Mario Alberto Estrada signed the official Twin Club agreement on February 26, 2004 at a ceremony in Tlaquepaque. The first service project jointly completed by the clubs was a campaign to encourage students not to use drugs and a campaign to promote environmental protection. The two clubs produced videos that were distributed to all the schools in Tlaquepaque.

In 2005, El Refugio club leaders Estrada and Reyes joined nearly 20 Southeast Rotarians to celebrate the 2005 Rotary International Centennial Convention in Chicago. Over the years, numerous other exchanges and visits to both cities have brought Southeast and El Refugio Rotarians together in the spirit of Rotary fellowship and service.

The two clubs have discussed numerous potential projects through the years, but in 2006 decided to focus on support for children’s centers in some of poorest neighborhoods of Tlaquepaque. A milestone of this effort occurred in 2008 as the two clubs joined with the municipal government of Tlaquepaque to fund improvements to CAI Las Huertas, allowing the children’s center to add a new classroom, office and restroom to better serve the pre-school students there.
A group of 12 Rotarians and spouses representing Springfield Southeast traveled to Mexico in early March 2009 to help dedicate the children’s center improvements and to celebrate the five-year anniversary of the Twin Club partnership. Seeing healthy and happy children enjoying themselves at their pre-school and meeting their parents and teachers was a true highlight for the Springfield participants.
- Lend A Hand Award
- Past Accomplishments
- Club History
- Past Presidents

About Rotary Club of Springfield Southeast

The Rotary Club of Springfield Southeast is a member of Rotary International, the world’s largest service organization.  We are the largest Rotary club in southern Missouri and our District 6080, which extends north through Lake of the Ozarks to the Columbia area.  From 32 charter members in 1967, Springfield Southeast grew to as many as 230 members; in 2020, our membership is about 220.

The club meets almost every Thursday from noon - 1 at Ocean Zen, 4117 S. National Ave, Springfield, Mo. 65807.  Check the Calendar section of this website  to see whether the club is meeting and what the scheduled program is.

Rotary International motto:  Service Above Self

Rotary International mission statement:  Together, we see a world where people unite and take action to create lasting change -- across the globe, in our communities, and in ourselves.

In addition to the social media accounts that we have (see the links below the map), the club also has a YouTube Channel where members talk about the club, its history, and its activities.